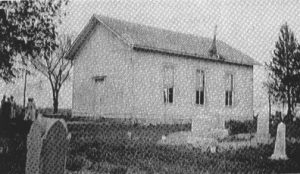 Early minutes of Bethel Baptist Association indicate that meetings were being held, in what is now known as the Antioch neighborhood. since November 10, 1857 [1]very likely in the home of George W. Glascock. However, association minutes from 1917 to the present reflect a date of 1870 when the church was organized. As was the case with many early churches, records were sketchy and beginning dates uncertain. Also, a number of small churches, especially rural ones, disbanded or didn’t meet during the Civil War years of 1861 to 1865. This may have been the situation with the Antioch group.

The information for this history has been taken from several sources, some verifiable and others purely speculative. Exactly how and when Antioch began is not as important as the fact that it did begin, and we continue to enjoy the fellowship, study, and worship opportunities it provides all believers today.

The following article, written by George Glascock’s granddaughter, Laura Glascock Dimmitt [2]published in the Ralls County Record in the 1940s gives some insight into probable beginnings of Antioch Baptist Church. [3]Although the article does not deal specifically with the establishment of Antioch, it is printed in its entirety because Mr. Glascock played such an important part in the church’s beginning.

“The late George W. Glascock and his wife, Mary Ann Glascock, were born in Fauquier County, Virginia, married and lived in their native state six years. They decided to sell their slaves and everything they had and form a colony of relatives and friends and come to Missouri where land was cheap. They came to Missouri in 1837. They endured many hardships on their trip. When they arrived at Hannibal, Missouri, there were only a few log cabins. They settled on Bear Creek and built a log cabin. They lived there until spring.

“At that time the country was full of Indians and wolves. I have heard grandmother say many times that she was more afraid of the wolves than she was the Red tribe.

“When they came to Missouri they had two children, my father—the late Thomas Glascock and a sister, Edith Ann. My father was two years old. They brought two orphan children with them, a nephew and a niece—they were children of my grandmother’s brother, Nimrod Glascock and his sister, Mary Glascock. They raised these orphans along with their children.

“They bought a large tract of land from the government situated 4 ½ miles southwest of Hannibal in Ralls County. They built a large log house which had three rooms downstairs and two up. The kitchen was built about 20 feet from the main building. In this primitive home nine more children were born to these good people..

“The first religious service ever held in that community was held in their log cabin home, conducted by a man by the name of Roland. The first school house ever built in that neighborhood was built on grandfather’s farm. These dear grandparents were deeply religious and services were held in their home until the school house was completed. Services were held there until they decided to build a church. The congregation then bought land and they built the old Antioch Church—where my grandfather was an elder until he passed away.

“Grandmother was a very happy Christian as she soon was given the name of Happy Ann Glascock. I often think what a lovely character she was—always ready day or night to go to the bedside of anyone who was ill, always reaching out a helping hand to those in need.

“This good Christian couple reared 11 children of their own and 10 orphans—making a total of 21 children reared on that farm. It was a great pleasure to visit in this Christian home. At 9 o’clock sharp Grandfather would take his Bible and read a chapter and they would sing a hymn and then a thankful prayer would be offered up to Almighty God for His care and protection to this family. The greatest thing I have to be thankful for was that I had such lovely grandparents and that I was blessed with Christian parents.

“George W Glascock and his dear good wife are sleeping side by side in the old Antioch Church yard where their spirits are roaming together in the beautiful isle of somewhere.” 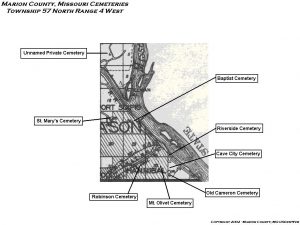 The original Antioch Baptist Church was near the location of the Baptist Cemetery.

Further information on George W. Glascock was found in the Rails County Record. In the July 22, 1885 issue is this brief item: “George W. Glascock is quite ill.” In the September 23, 1885 issue we read. “The attendance at Antioch Church on last Sunday to hear the funeral sermon preached for Mr. George W Glascock was very large, many being unable to obtain seats and being compelled to remain outside. The sermon was preached by Rev. D. W. Morgan, the text being Ecclesiastes 7:1, ‘A good name is better than precious ointment; and the day of death than the day of one’s birth.’”

A time-honored tradition, based on an article written in 1936 by William W. Silver, states that at a “protracted” meeting in 1869 at George Glascock’s home, a group of Christians prayed for some land on which to erect a building. At the close of the meeting (where many were saved), a business meeting was called and plans made to build a church house. The land selected belonged to “Mr. Gash, not a church member.” Four men [4]George Glascock, Robert and William Harrison and William Goldsworthy were appointed to “wait on him.” He refused to sell any land, saying “he wanted no church near him.” James Brady was the church leader to whom the committee was to report. His response, upon being told of Mr. Gash’s decision, was “Men, that won’t do. We must have a church out there. God will help us get it. Tomorrow at 12 o’clock every man get down on his knees and ask God to change Gash’s mind and I will ask God to answer your prayers. And on the next day go back and ask Gash if he has changed his mind.” When the committee called on Mr. Gash, his mind was changed. He said he would not sell but would “give a deed to it.”

According to the article, the labor, materials and money were donated by interested persons and the building was debt free when finished.

Further information concerning Mr. Gash, taken from the Ralls County Record dated in August, 1875, states: “One by one the old pioneers are passing away. It is our painful duty to record the death of Mr. W. Jefferson Gash of Saverton Township, which occurred on the evening of the 18th inst., at the age of 65 years. Mr. Gash was a native of North Carolina but had been a resident of Rails County for many years. He was an honorable, high-minded gentleman and his loss will be deeply felt.”

In March of 1867 an Abstract of Title compiled by Rails County Abstract Company of New London shows that a parcel of land (three acres, more or less) belonging to William Jefferson and Mary E. Gash was sold to Robert L. Harrison. In 1868 Robert Harrison sold an undisclosed portion of this ground to his brother, William H. Harrison.

A Quit Claim Deed was later filed and the property reverted back to Robert Harrison. In February of 1872 Robert Harrison deeded this land to Antioch Baptist Church “on condition that said land be used for a Baptist church house arid a burying ground.” On that same date William Jefferson and Mary E. Gash deeded to the church “one acre, more or less,” with the same stipulation.

The land on which Antioch Baptist Church was built (reportedly in 1870) was probably on a portion of these.

At the time of these transactions, George W. Glascock and Robert L. Harrison served as trustees of Antioch Baptist Church.