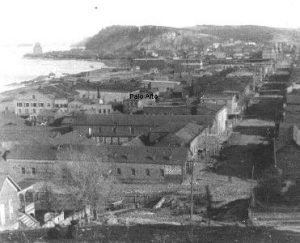 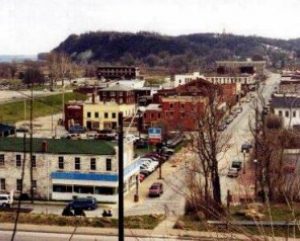 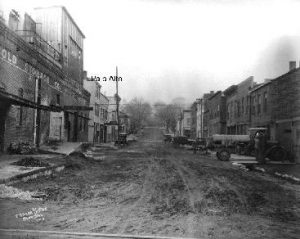 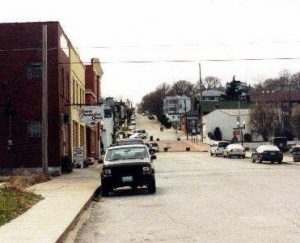 The above photo’s from approximately 1910 were sent in by Sammie Sanborn. The Hyde family, which Sammie was researching, owned the Palo Alto House, and the photo’s show the location of that house before it was torn down in the 1920’s to make way for Anton’s bottling. The photo’s on the right were done just this month, and were taken by the County Coordinator in approximately the same position as the photographer in 1910. If Sammie will permit, more on the Hyde family and their connection with to Mark Twain’s book, Tom Sawyer, will follow. 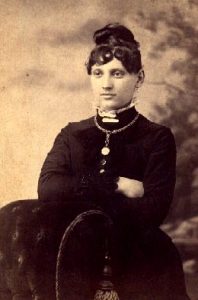 Shelly Cardiel “rescued” an old photograph of Mrs. Emma BROWN taken at the C. Jackson Studio on Main Street in Hannibal, Missouri. She believes that the photo was taken in the 1870’s or 1880’s and that Mrs. BROWN was probably in her 20’s at the time. Since the name is written in this manner she assumes that BROWN is her married name not her maiden name.

Shelly is hoping someone can identify the family to whom she belongs so that the photograph can be returned to its rightful place. If you are a member of this family or know someone who might be, please contact Shelly.