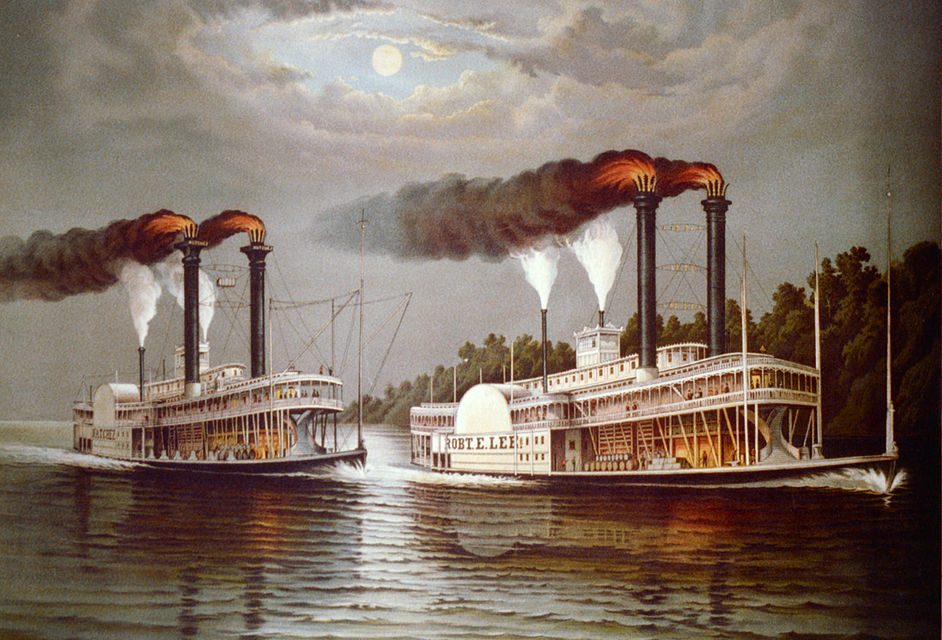 Until the Hannibal & St. Joseph Railroad was built, all, freight and passengers coming into or going out of Hannibal, when the river was navigable, came or went by steamboats.

In 1836 a boat named the Envoy made regular trips between Quincy, Marion City, Hannibal, and St. Louis. After her came the William Wallace, commanded by Capt. Carlyle, of Saverton. The cabin of the Wallace was not on the boat itself, but on a keelboat which was towed alongside. Other early steamers between 1838 and 1845 were the Rosalie (Capt. Cameron), the Quincy, the Boreas, the Annawan, the Olive Branch, and the Glaucus.

In about 1848 the St. Louis and Keokuk Packet Company, Gaty, McCune &Co., was regularly organized, with the old Kate Kearney, Di Vernon, Edward Bates, Monongahela, New England, and other boats in the line. Afterwards it added the Jeannie Deans and the City Warsaw. In 1861 the regular packets of this line were the Di Vernon, Jeannie Deans, and City of Warsaw, After the war it added the J. H. Johnson, the Andy Johnson, and perhaps others.

Between the years 1852 and 1860 a number of mishaps befell the company’s steamers. Among those worth of mention was the collapsing of a flue by the Kate Kearney, while racing, near Canton, Mo; the sinking, of the Hannibal City (one of the company’s best boats), just below Louisiana; the explosion of the Edward Bates in 1852, whereby many lives were lost, and the burning of the Kate Kearney just above St. Louis in 1858. The steamer Ocean Spray, at the time an Illinois river packet, was starting on a race with the Hannibal City, commanded by the old veteran, Capt. Matson. The Spray owners were determined to pass the Hannibal City, if possible, and in throwing turpentine into the furnace the barrel of that combustible from which the firemen were dipping it was accidentally upset, and, catching fire, soon made a complete wreck of the Ocean Spray. The burning hulk floated down among the shipping and set fire to the Kate Kearney, which was totally consumed.

The Northern Line Packet Company first organized under its regular charter in the year 1856, with the York State, Excelsior, Sacker State, Denmark, Metropolitan and other steamers. At that time these boats were only plying to Galena and Dubuque, but in 1859 commenced running through to St. Paul.

Recently the St. Louis and St. Paul Packet Company, with “the Eagles” and one or two other fine steamers, and the Diamond Jo line, with some excellent boats, have control of the river. Lack of space forbids a full mention of the river trade in front of Hannibal. It remains for some future writer to do this in an article that cannot fail to be of interest.

Gallery of Steamboats of the Mississippi and Marion County Missouri 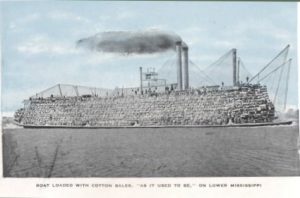 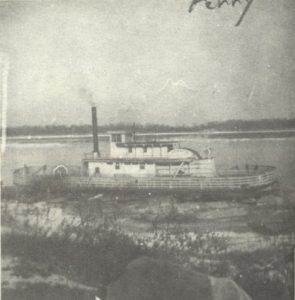 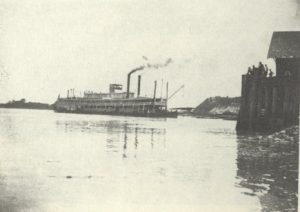 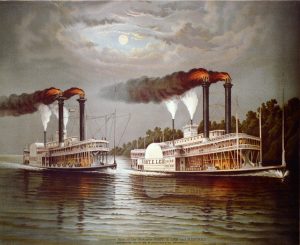 Celebrated Race of the Steamers, Robert E. Lee and Natchez 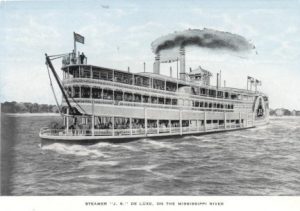 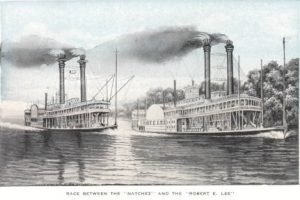 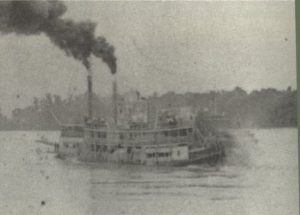 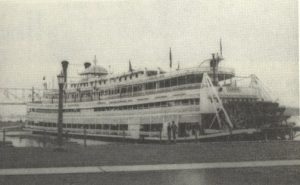 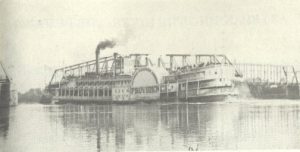